Public health experts say tracing who people infected with the coronavirus have been in contact with is a critical step in easing social distancing restrictions. Gabriel Bouys/AFP via Getty Imageshide caption 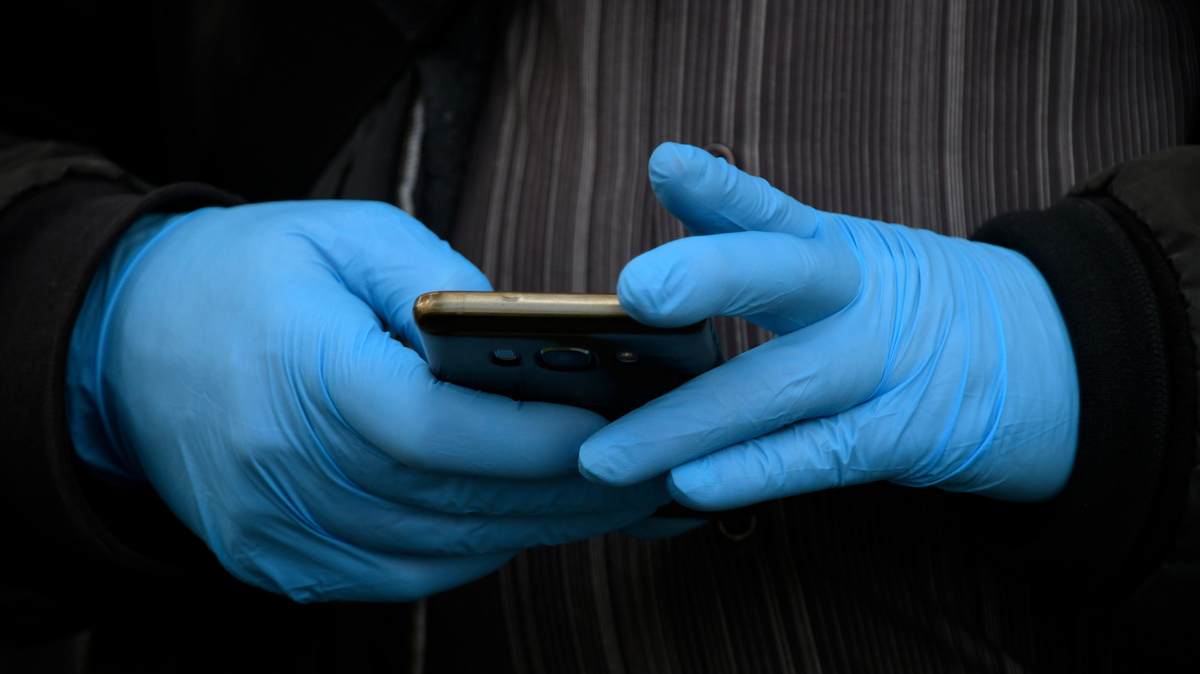 Public health experts say tracing who people infected with the coronavirus have been in contact with is a critical step in easing social distancing restrictions.

Tech giants Apple and Google are teaming up to create a system that would let smartphone users know when they’ve come into contact with someone who has COVID-19.

The technology would rely on the Bluetooth signals that smartphones can both send out and receive. If a person tests positive for COVID-19, they could notify public health authorities through an app. Those public health apps would then alert anyone whose smartphones had come near the infected person’s phone in the prior 14 days.

The technology could be used on both Google Android phones and Apple iPhones.

The companies insist that they will preserve smartphone users’ privacy. Smartphone users must opt in to use it. The software will not collect data on users’ physical locations or their personally identifiable information. People who test positive would remain anonymous, both to the people who came in contact with them and to Apple and Google.

“Privacy, transparency, and consent are of utmost importance in this effort,” the companies said in a joint statement.

The American Civil Liberties Union has warned that using cellphone data to address the pandemic carries risks of “invasions of privacy, abuse, and stigmatization.”

In a statement on Friday, ACLU surveillance and cybersecurity counsel Jennifer Granick said, “No contact tracing app can be fully effective until there is widespread, free, and quick testing and equitable access to healthcare. These systems also can’t be effective if people don’t trust them.”

She said that the joint Apple and Google project “appears to mitigate the worst privacy and centralization risks, but there is still room for improvement.”

She added that contact tracing apps should be “voluntary and decentralized, and used only for public health purposes and only for the duration of this pandemic.”

Google and Apple say their technology will be used only by public health authorities to trace the spread of COVID-19.

Public health officials say robust contact tracing — finding people who have been in contact with an infected person — will be a key step in lifting shelter-in-place restrictions. It would allow people who are known to have been exposed to the virus to quarantine or isolate themselves, while letting others resume normal activities.

A team at MIT also has been working on a contact-tracing system that similarly uses Bluetooth signals to identify when people have come near each other.

Apple and Google are rolling out their contact-tracing technology in two steps. In mid-May, they will release software that will let public health authorities build apps that exchange information via Bluetooth.

In the coming months, they will update their operating systems so phones can share information without having to install an app.

Editor’s note:Apple and Google are among NPR’s sponsors.

You might also likeMore from author
Computers and Phones