Almost half of company bosses in 45 countries are speeding up plans to automate their businesses as workers are forced to stay at home during the coronavirus outbreak.

Some 41% of respondents in a survey by the auditing firm EY said they were investing in accelerating automation as businesses prepared for a post-crisis world.

The news comes just days after figures showing that 3.3 million people have filed for unemployment in the US. That is by far the highest number ever recorded, and a jump from less than 300,000 the week before. In the UK, 477,000 people applied for universal credit in just nine days.

“The human cost is the most tragic aspect of this crisis, not only in terms of the lives lost, but also the number of livelihoods at risk,” said Steve Krouskos at EY. 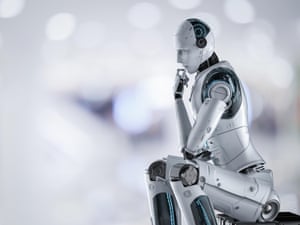 “As business leaders respond with urgency to the unprecedented impact that Covid-19 is having globally, workforce welfare and job preservation will be at the top of their minds.”

In the UK, the government said it would guarantee 80% of salaries for workers who are unable to do their jobs because of the outbreak.

Meanwhile, most American adults are expected to receive a cheque of up to $1,200 (£950) after politicians approved a $2tn stimulus package to breathe life into the economy.

Once the situation stabilises, executives will have to make faster moves to reimagine, reshape and reinvent their business and create long-term value

Of the 2,900 executives who were surveyed by EY, 43% said they expected normality to return by the third quarter of this year. But until then, 73% said, Covid-19 would have a “severe impact” on the global economy.

A majority of companies said they were already planning major transformation before the pandemic hit. Once normality returns, they would focus on new investment in digital and technology, the survey found.

“Business leaders are seeing their transformation plans paused or slowed currently. With these plans set to restart, possibly with added energy, once the situation stabilises, executives will have to make faster moves to reimagine, reshape and reinvent their business and create long-term value,” Krouskos said.

About 1.5 million workers in Britain are at high risk of losing their jobs to automation, according to government estimates. Supermarket checkout assistants have already borne the brunt of the phenomenon, the Office for National Statistics said last year, with 25.3% of jobs disappearing between 2011 and 2017. 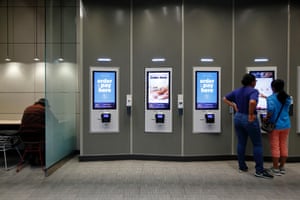 Some technology groups are already experimenting with retail outlets that will not require human-run checkouts or cashiers. Amazon, which has expanded into grocery selling, has a supermarket in Seattle with no checkout assistants, relying instead on sensors to track what shoppers removed from shelves, using “just walk out” technology to bill customers and end queues. McDonald’s is shifting to self-ordering kiosks in its restaurants, removing the need for customers to speak to workers at the counter.

Other jobs where automation has taken its toll include laundry workers, farm workers and tyre fitters, among which numbers have dropped by 15% or more, said the ONS, as machines have replaced labour.

Women are most likely to lose out, the ONS said. “The analysis showed a higher proportion of roles currently filled by women are at risk of automation. In 2017, 70.2% of high-risk jobs were held by women.”

The Station: Bird and Lime layoffs, pivots in a COVID-19 era and a $2.2 trillion deal

Home Theater Tips That Will Make Your Life Easier