Earlier this week the iPod touch received a modest upgrade, arriving with little fanfare via an Apple press release. The new 7th-generation iPod touch has little in the way of new features, but it does receive a CPU spec-bump that takes it from an iPhone 6-era Apple A8 to an iPhone 7-era A10 Fusion chip, not to mention double the RAM of the previous generation.

The new hardware upgrades make it so that iPod touch users can enjoy Augmented Reality (AR) apps along with Group FaceTime capability for the first time. There’s also a new 256 GB flash storage tier, another first for the iPod lineup. It means that in 2019, there’s finally an iPod that bests the 160GB iPod Classic in terms of storage space.

While the iPod touch isn’t the mass market item that earlier members of the product line once were, Apple believes that there continues to be a viable audience for such a device. Not only is it ideal for storing large music libraries locally, but with the upcoming launch of the new Apple Arcade subscription gaming service, Apple continues to position the iPod touch as a handheld gaming option.

All of that said, should you consider buying this new iPod touch? Watch our hands-on video review for the details.

It’s been quite a few years since I’ve gone hands-on with an iPod touch, so I was looking forward to unboxing the new 7th-generation model. Just like previous iterations of the iPod touch, this latest version ships inside a clear plastic container with a Springboard sticker covering the display that’s been modernized to represent iOS 12.

Inside the container, you’ll find the iPod touch, documentation and Apple stickers, wired headphones with 3.5mm headphone jack, and Lightning to USB cable. Just like previous versions, you’ll need to supply your own power brick in order to charge the device.

Special thanks to iFixit for sponsoring 9to5Mac on YouTube. Get your iFixit Repair Kits today: http://bit.ly/2Mg73pw

If you’ve been using modern X-era iPhones, then the iPod touch is going to seem somewhat antique both in appearance and functionality. Visually, it looks exactly the same as the 6th-generation model.

For starters, the iPod touch is tiny and sports an iPhone SE-like 4-inch display. If you’ve been using an iPhone from the last couple of years, the iPod touch display is going to seem tiny. It also lacks the contrast ratio and wide color support found on modern iPhone hardware.

The small display isn’t necessarily a bad thing, though, as it makes the device more portable and easier to hold in the hand. That’s a particularly nice feature for younger children with smaller hands. Just keep in mind that displaying content on the iPod touch isn’t nearly as immersive as it is on today’s 5.8-6.5-inch iPhones.

Like every other iPod touch before it, the seventh-gen model sports a physical, tactile Home button. After exclusively using an iPhone XS, along with the latest iPad Pro for the last few months, having a physical Home button feels like going back in time.

It wouldn’t be so bad if the iPod touch had Touch ID support built in, but the device is devoid of any sort of biometric authentication, which forces you to rely on passcodes for security. Of all of the things that the iPod touch omits, I miss Touch ID the most. I understand not having Face ID, but Touch ID would have made the experience so much nicer.

But at least there is a healthy amount of speed thanks to the A10 Fusion chip in the iPod touch, a marked upgrade over the old A8 CPU released in 2015’s model. Whereas the A8 feels downright pedestrian in this day and age, the A10, despite being a few years old itself, still has quite a bit of pep left in its step.

Benchmark scores aren’t anything to write home about, but the hardware is reasonably fast and provides enough power for most modern games and applications.

iPhone 7 and 7 Plus A10 Fusion Geekbench scores

iPhone SE A9 (left) vs iPod touch A10 Fusion

The new iPod touch also has 2GB of RAM for the very first time in the product line’s history. Outside of the updated CPU, Apple doubling the amount of memory from 1GB to 2GB is the device’s most compelling new feature. A lack of memory has historically been the iPod touch’s Achilles heel and the 2019 model addresses this problem. 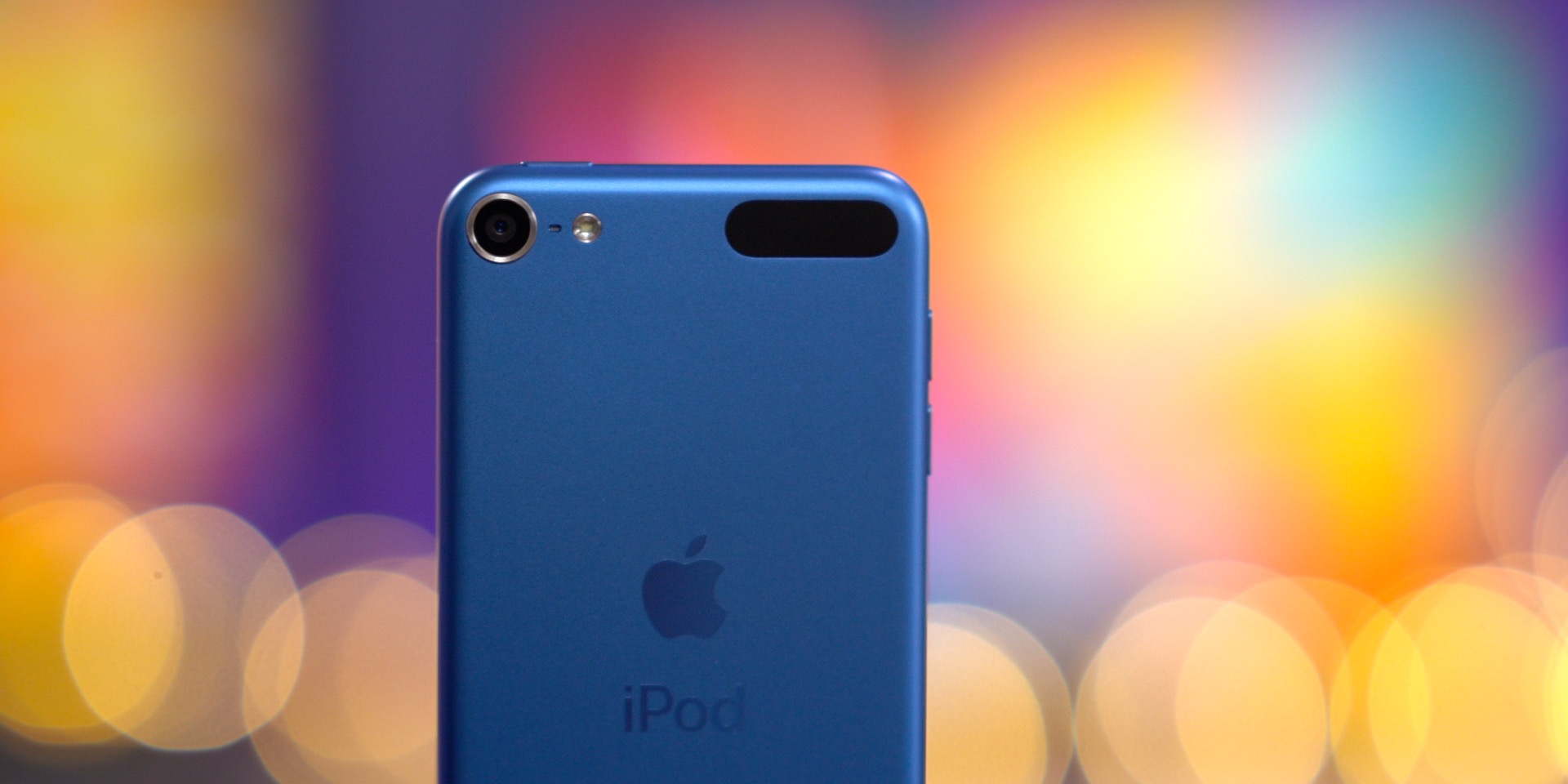 In an effort to keep costs low, Apple resisted the temptation to grace the new iPod touch with new cameras. That means that it’s sporting the same underpowered imaging hardware of its predecessor. 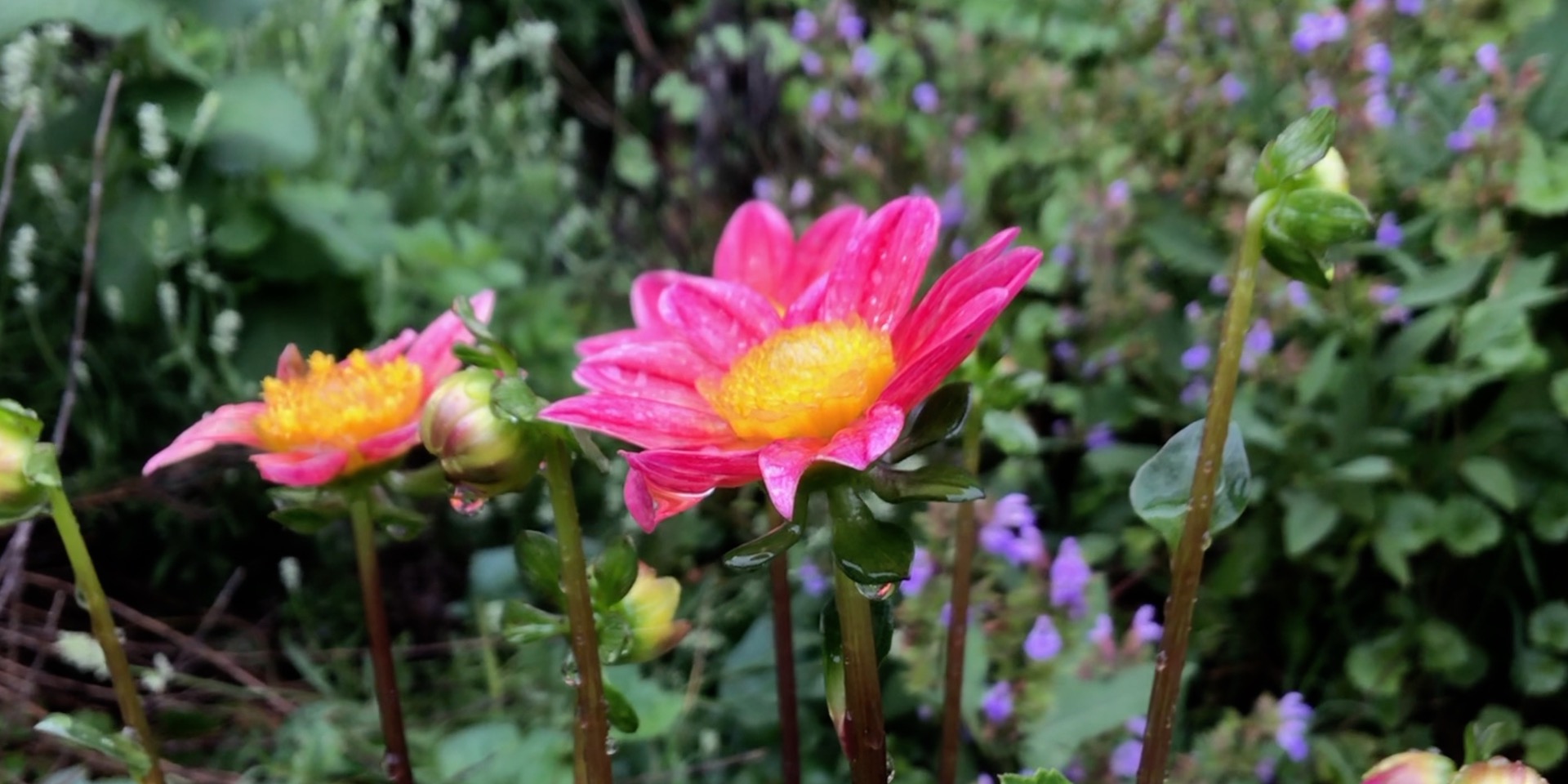 Neither the 1.2MP FaceTime HD camera, nor the f/2.4 8MP rear-facing camera impresses at this juncture, but it’s enough to get by for Group FaceTime, AR support, and basic image and video capture. 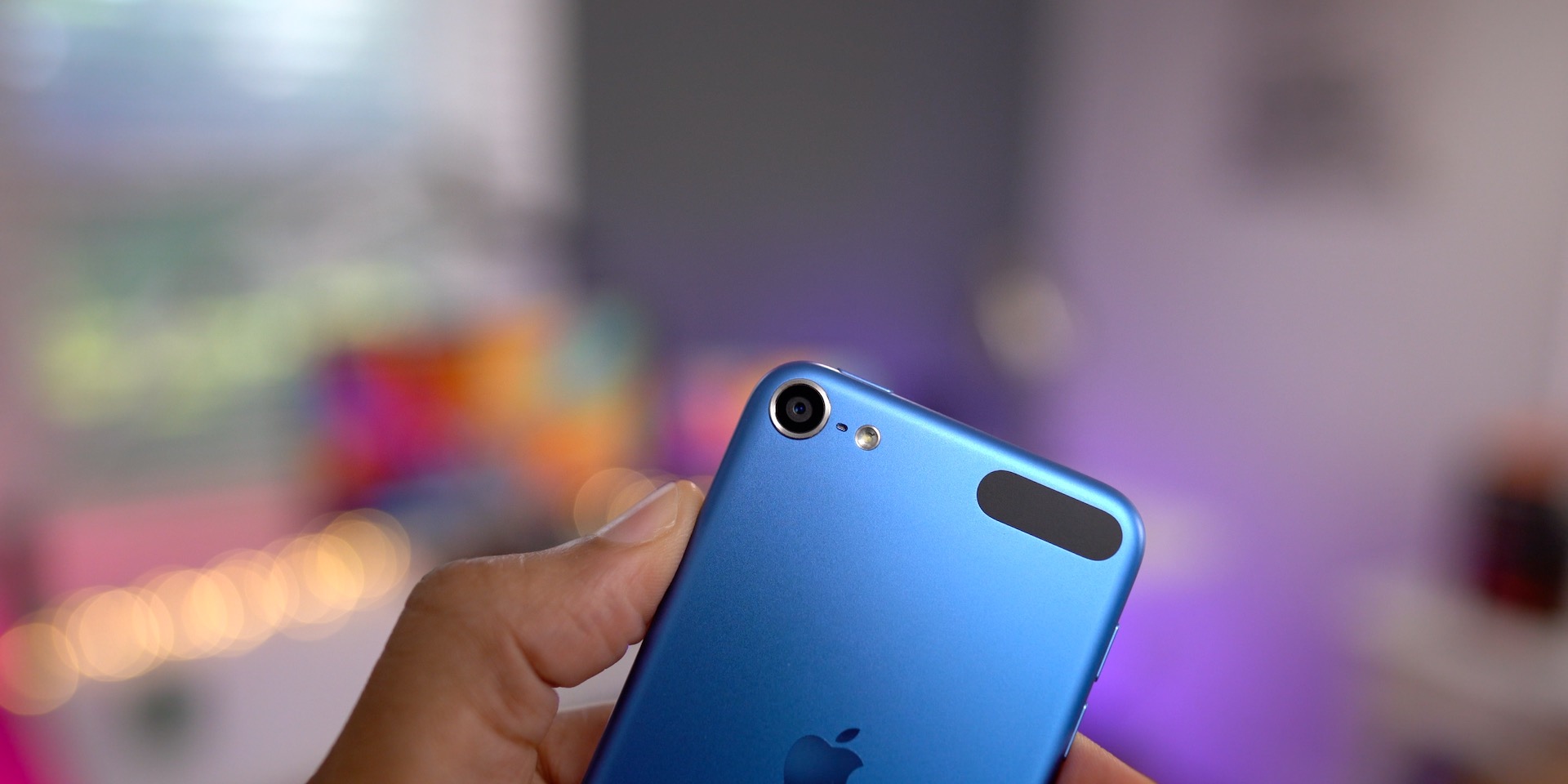 As it stands, the iPod touch 7 lags behind devices like the iPhone SE in terms of rear camera quality. Not only is the iPhone SE’s camera more pixel dense, but it features a faster aperture and includes the ability to shoot 4K videos.

Whereas the 6th-generation iPod touch lacked support for Group FaceTime and AR apps, the new 2019 iPod touch supports both features. In fact, these are two of the primary marketing points that Apple uses on its revised iPod touch product page. 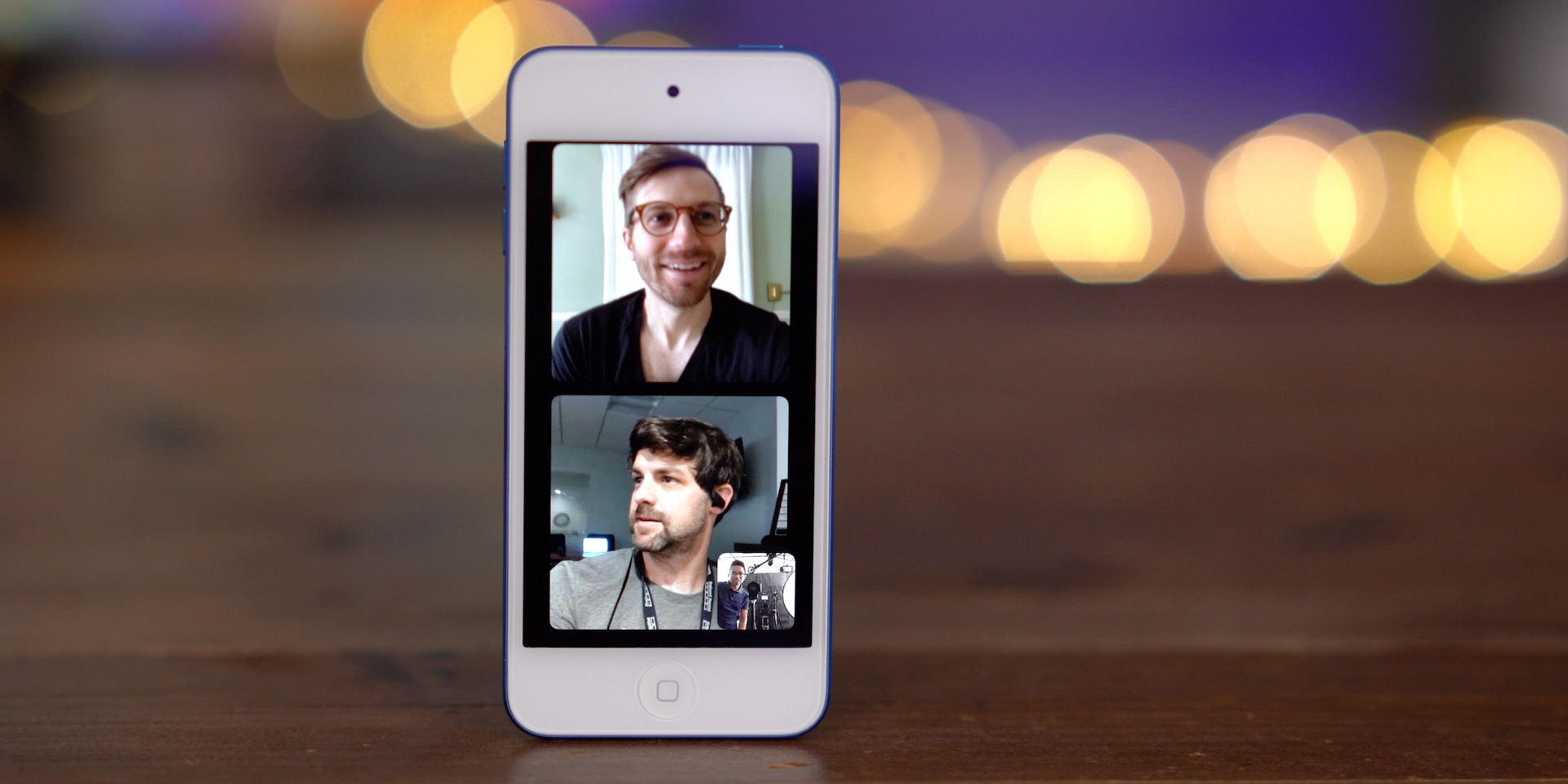 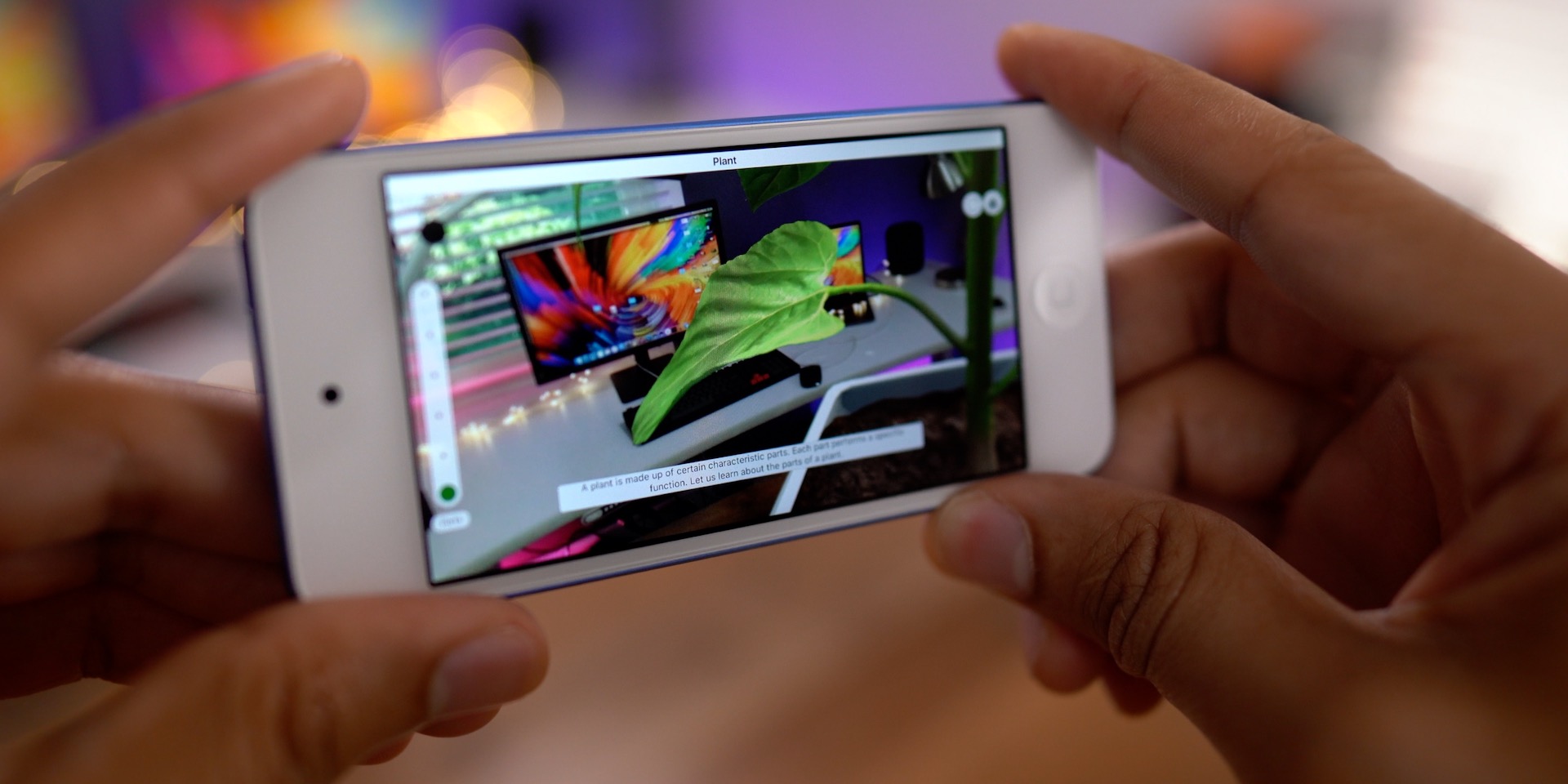 Augmented Reality, which launched the year before, affords computer-generated perceptual information within a real-world environment. There’s already a large variety of AR-supported apps available on the App Store —many of them with an educational spin — but the 4-inch display is so small that I find AR to be less appealing on the iPod touch than it is on other devices.

The iPod touch has long been positioned as a handheld gaming device, but it’s only now — with the upcoming launch of the Apple Arcade subscription service — that I feel that Apple is taking iOS gaming seriously. 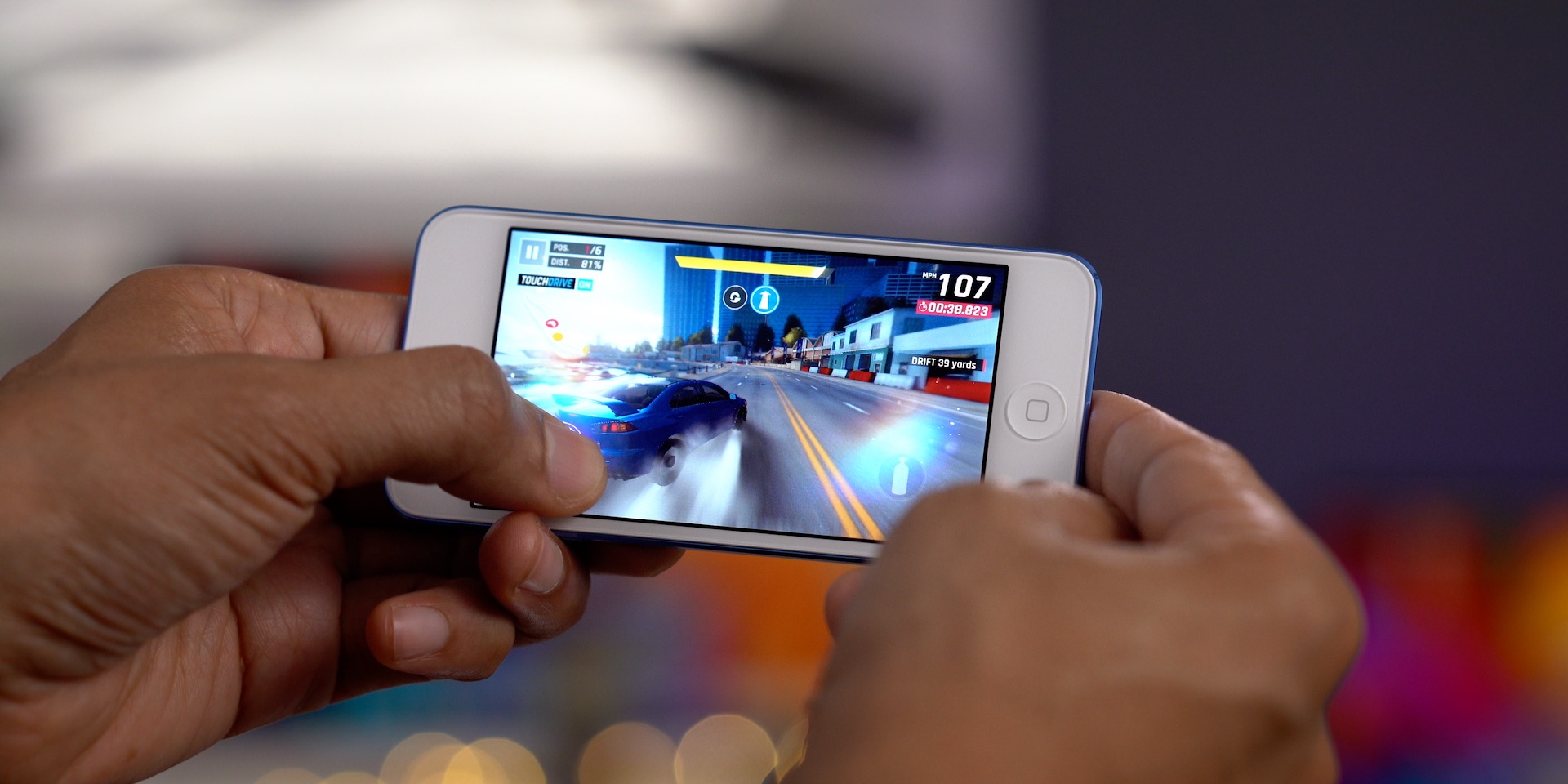 Apple Arcade, which is scheduled to land later this fall, will include over 100 new games, and allow users to play offline or online, and jump between iOS devices, the Mac, and the Apple TV. 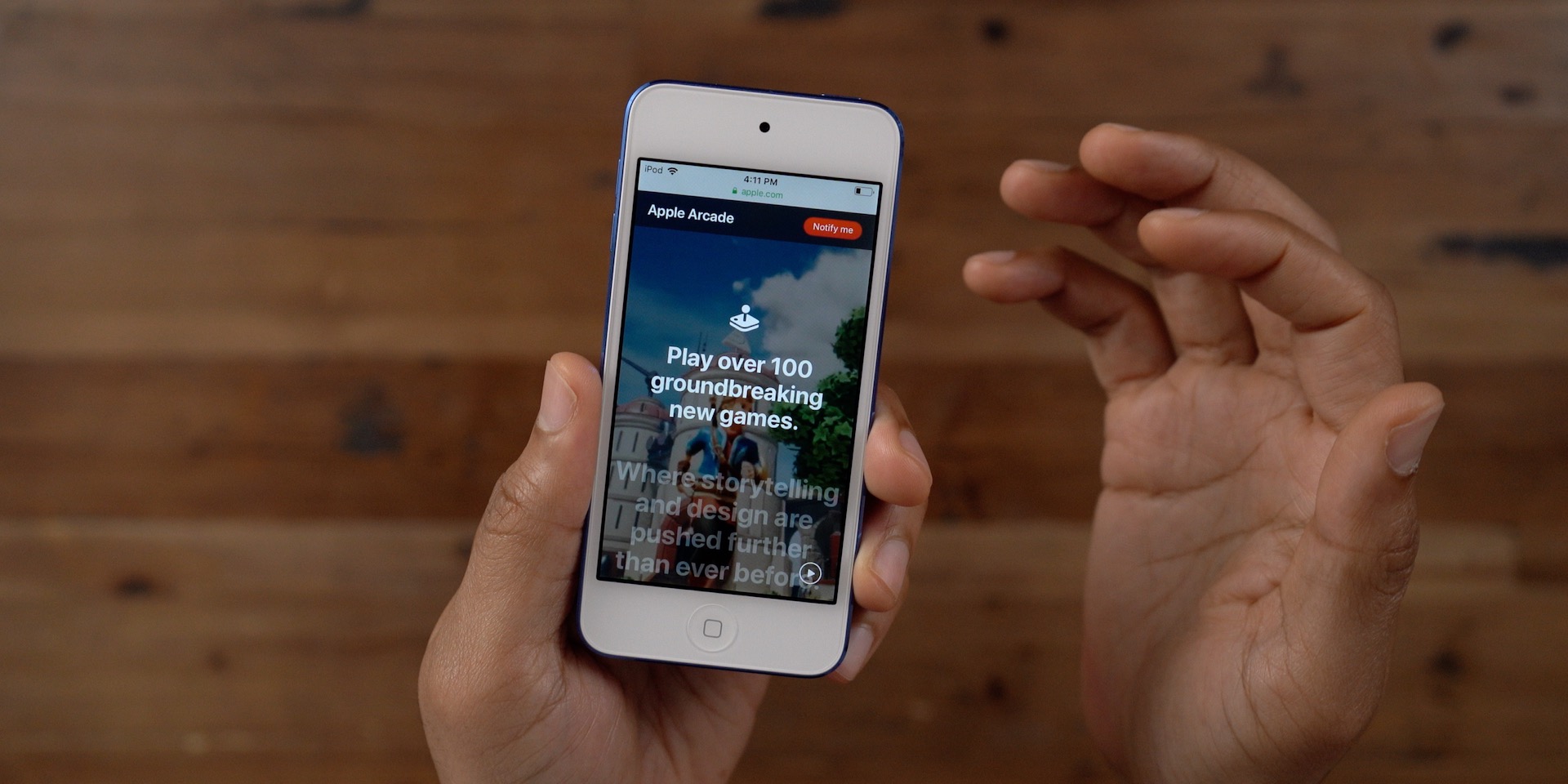 With the service’s offline aspect, the iPod touch seems poised to be a solid portable handheld Apple Arcade companion. Users would be able to have access to a large swath of the Apple Arcade library at any time via the iPod touch. If Apple Arcade lives up to its potential, it could help push the hardware to an even wider audience.

The iPod touch doesn’t come close to iPhone or even iPad numbers, but it must sell enough to justify Apple doing a refresh. From what I understand, a lot of that demand comes from the enterprise retail and warehouse sector (for POS and inventory purposes). 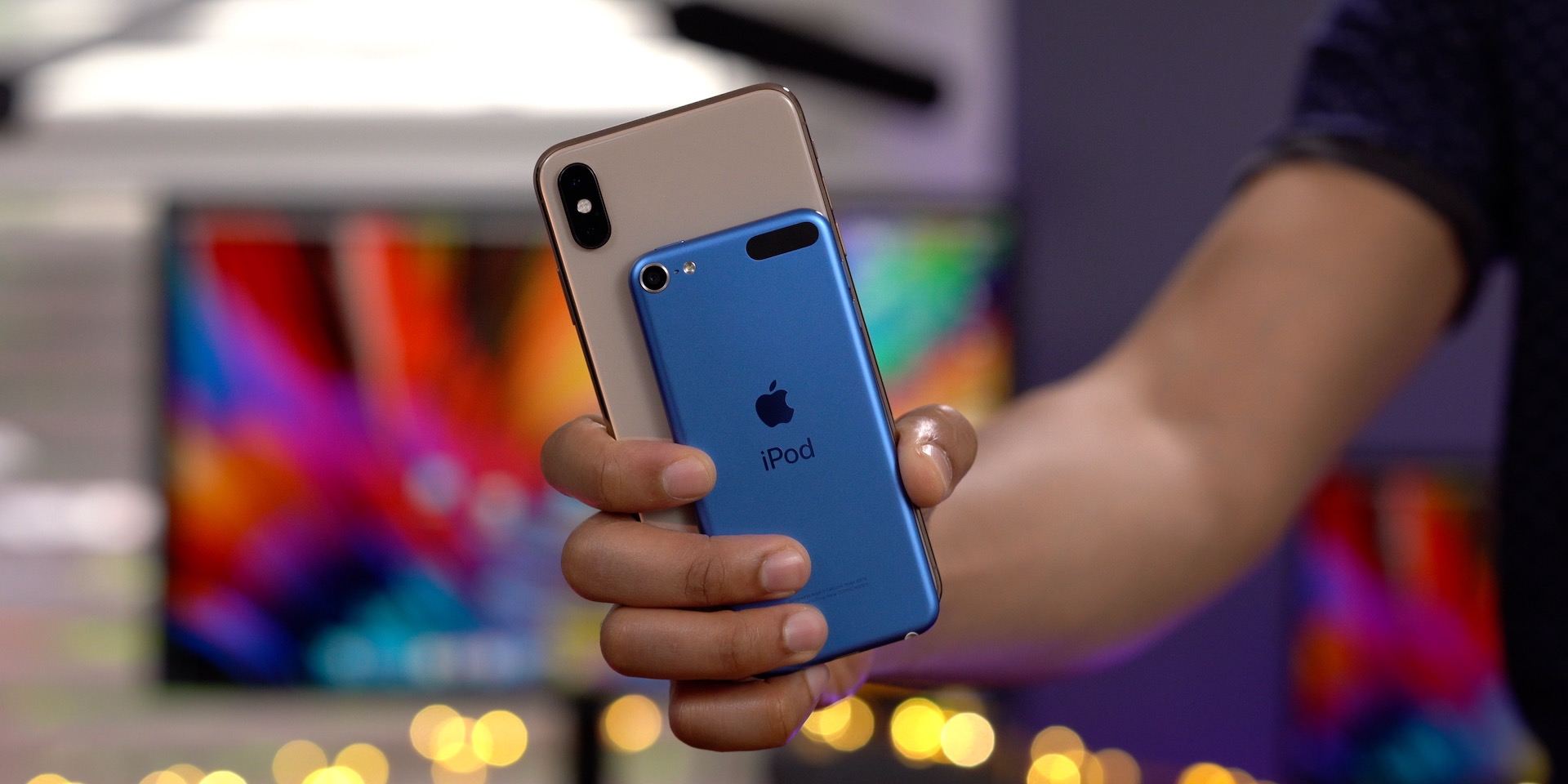 The iPod touch, the cheapest and smallest iOS device that Apple sells, will no doubt appeal to parents with small children as well. Its versatility and performance as an inexpensive gaming and education platform, shouldn’t be overlooked. 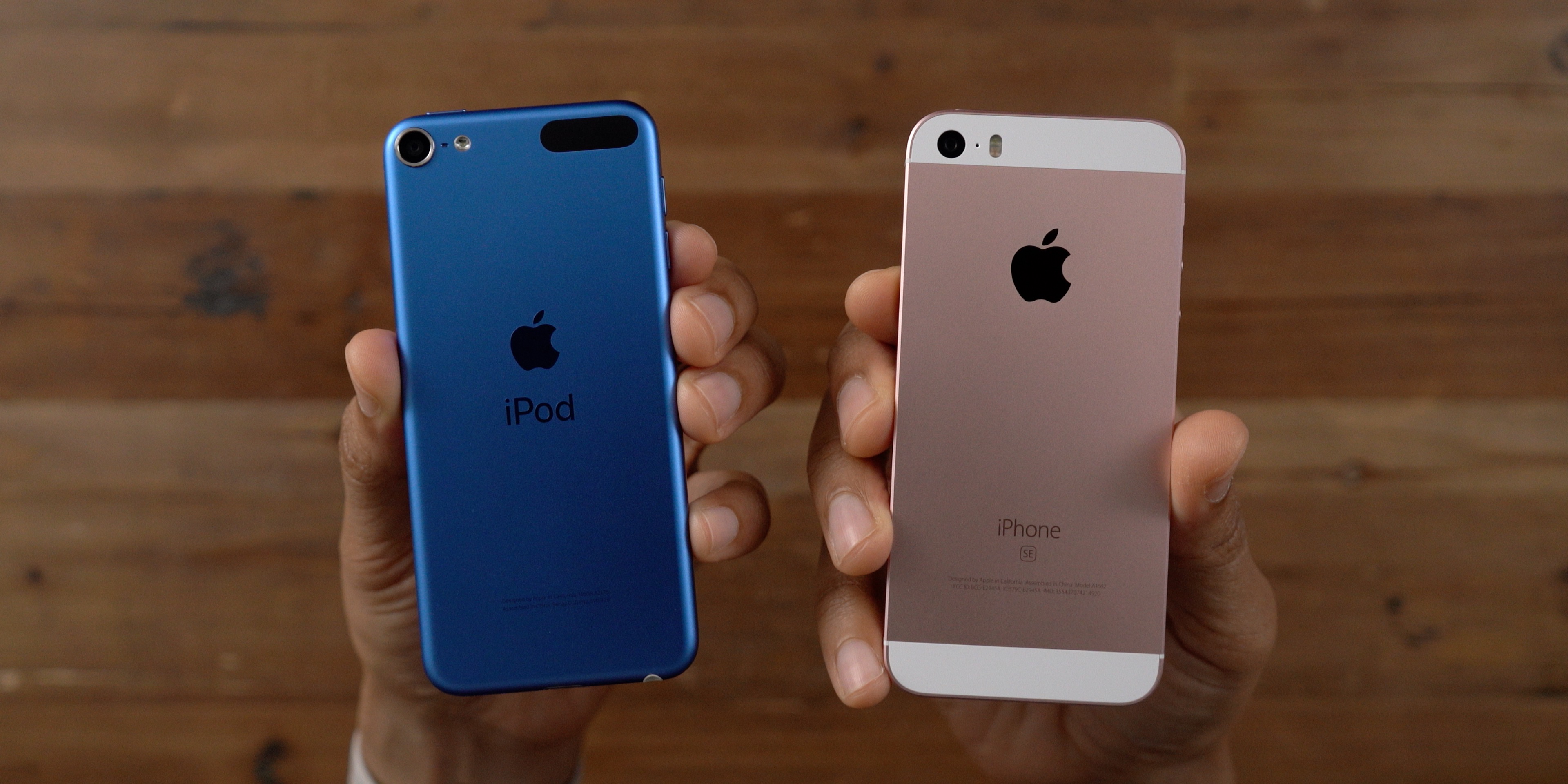 That said, I feel that those in search of a small, all-purpose iOS device should seriously consider a refurbished iPhone SE over the iPod touch 7. Not only does the SE function as a phone with cellular connectivity, but it has a much better camera, and supports Touch ID. Performance wise, the iPod touch with its Apple A10 Fusion chip is obviously more potent than the A9 chip in the iPhone SE, but Apple appears to have held back the CPU in the iPod touch, perhaps with preserving battery life in mind.

Would you consider buying an iPod touch in 2019? If so, for what purpose? Sound off down below in the comments with your thoughts.